Asteroids are mainly rock-formed objects that revolve around stars. In our solar system, asteroids are the most familiar objects in the class of minor planets (Planetoids).

They are smaller than smaller planets such as Mercury. Recently such a mysterious asteroid was seen in the solar system. Researchers have captured it with a telescope.

U.S. astronomers believe the asteroid-like object came from another galaxy. . This is the first space guest to be seen from Earth. The mysterious object, named A / 2017 U1, was discovered earlier this month. The scene was captured on a special high-quality telescope from the University of Hawaii.

Said Paul Codas, head of the California Space Research Center. We have been waiting for such a thing for a long time.

It has long been known that such a thing exists. Wandering in the stars. This type of asteroid occasionally travels through the solar system. But this is the first time it has been caught on a telescope.

It crossed the orbit of Mars on September 2. On October 14, it came closest to the world. It was only 15 million miles away. However, its speed is very high. Researchers are trying to figure out where it came from. 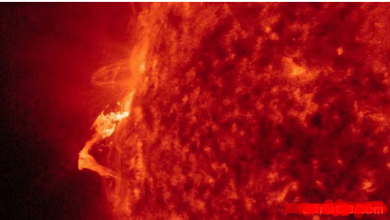