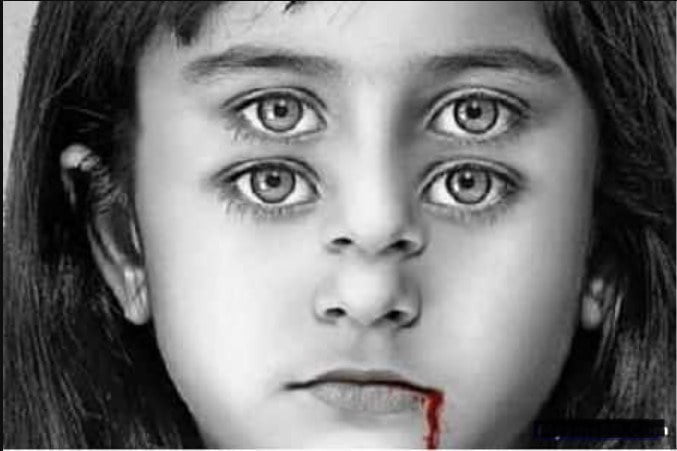 It happened about 50 years ago. Bilkis Begum has a young son, age 4/5. One day an unfamiliar baby boy suddenly comes to play with her. He wanted to play in the evening even after being together all afternoon.

At that time Bilkis Begum’s son used to study. The unfamiliar boy was also annoyed while reading, so he was forced to call his mother.

Bilkis Begum came and told the boy to go back home. But the boy did not want to go. At one point he tries to force her to send him home and pushes her to the door. The boy is at the back of the house while leaving

He walked over to me, turned around, and smiled strangely.

And Bilkis gestured to Begum. Bilkis Begum noticed that the boy was pointing at the ground with his hand. What was seen could not be understood from a distance. He didn’t bother anymore, he thought of the baby boy. Bilkis Begum returned home. The next day Bilkis Begum’s son got a fever.

The boy had been suffering from a high fever for several days. Eventually, he died. Some days passed in amazement. Gradually when normal consciousness begins to return. Suddenly I remembered the strange boy, his strange behavior.

Thus, at one point I remembered pointing to the ground.

What did the boy want to show? Before or after that day, he was never seen again. Who was he? Where did it come from? Is there any addition to this death with his coming ?? Out of curiosity, he went to the back of the house to see the place. Go and see a small hole of a small radius, which has never been before !!

Searching for the unknown boy, he could not be found. Maybe he is an invisible person.

Note: The incident happened in the family of one of my relatives. Everyone in this story is my relative except Gene.

happened 50 years ago is a mysterious child