From the very beginning, the disbelievers of Makkah began to oppose the Prophet (peace be upon him). At that time, the disbelieving polytheists of Makkah united and made a concerted effort to wipe out Islam, the chosen religion of God, forever. Even the pagans unanimously accepted the offer to assassinate the Prophet Kareem in Darwin Nadwa. Oqba bin Abu Mu’ayt wanted to kill the Prophet (peace and blessings of Allaah be upon him) by wrapping a sheet around his neck and suffocating him. Abu Jahl wanted to crush his head with a heavy stone.

Before converting to Islam, Khattab’s son Umar went to kill him with a naked sword. They imposed inhuman torture, social boycott, and economic blockade on the Prophet and the Muslims. As a result, all the Muslim non-Muslim men, women, and children of Banu Hashem and Banu Muktalib were trapped at the base of the Messenger of Allah, may Allah bless him and grant him peace.

Food supplies were cut off.

Three years of total social boycott, economic blockade, death of Abu Taleb, the best wish and benefactor of the Prophet (peace be upon him), death of devoted Hazrat Khadija, who sacrificed everything for the Islamic movement, and inhuman torture in the field of Taif. In such a difficult moment he was forced to migrate from his homeland Mecca to Medina.

For the first six months after his migration to Medina, the Prophet (peace and blessings of Allaah be upon him) spent his time without interruption and devoted himself to the establishment of an Islamic state. After this, the Quraish began to weave a web of conspiracies against Islam. Abdullah ibn Ubayy, an influential leader of the Khayraj tribe of Medina, joined hands with the Quraish and conspired to annihilate the Muslims.

The treacherous Jews of Medina also violated the terms of the Medina Charter and persuaded the Quraish to attack Medina. Quraish leader Abu Sufyan traveled to Syria to collect weapons on the pretext of trade. He had a lot of resources in the caravan. One thousand camels carried goods worth fifty thousand dinars. Fifty thousand dinars is equal to 262 kilograms of gold.

The purpose of this visit was to save economic and military energy. On their way back, rumors spread in Makkah that they had been attacked by the Muslims. He shouted, ‘By Allah, we will not return to Makkah until we have gone to Badr and stayed there for three days. At this time we will slaughter camels there, have fun, have a party, the maids will sing for our entertainment. A bloody battle between the Muslims and the Quraish became inevitable.

The Battle of Badr was basically an unequal battle.

The number of Muslims was 313, 314 according to some, and 318 according to others. There were only two horses in all the army. The camel was seventy. Two or three people took turns riding a camel. On the other hand, the enemy army is one thousand. One hundred horses, six hundred armor. There are many camels. Abu Jahl was the commander of the army.

624 – A bloody battle takes place in the desert of Badr, 60 miles southwest of Medina, on 16 March and 17 Ramadan. In this 14 Sahaba were martyred. 60 enemy soldiers were killed and 70 were taken, prisoner. Among the prisoners were Taleb and Akil, the two sons of the Prophet’s cousin Hazrat Abbas and Abu Taleb.

They were forced to take part in the war. Twenty-four Quraish leaders Abu Jahl, Umayya, Utbah, Thaiba, and Olid were killed. On the day of Badr, on the orders of the Holy Prophet, the bodies of twenty-four great leaders of the Quraish were thrown into a dirty well in Badr. Addressing the slain Quraish leaders, he said, O son of such and such. O son of such and such. Would it not be better for you to obey God and His Messenger? And we have received the true proof of the promise that Allah Almighty has made to us. Have you found the promise of your Lord to be true?

Angels participated directly in the battle of Badr.

They were led by Hazrat Jibraeel A. and Mikael A. Basically they had two responsibilities. First, to increase the courage of Muslims and keep their morale intact. Second, hearing the news of victory. First, God promises help with a thousand angels. As Allah, the Almighty says, ‘When you supplicated and prayed to your Lord, He granted your supplication saying that I will help you with a thousand angels in succession (Anfal-9).

Hazrat Abdullah Ibn Abbas (may Allah be pleased with him) said: An Ansari Companion was chasing a polytheist on the battlefield of Badr. Suddenly the sound of whipping was heard on the mushrik and someone was saying go ahead, go ahead.

The Companions noticed that the polytheist was lying on his back. Signs of injuries to his nose and eyes. It was clear from the bloody look that he had been beaten with a whip. But the assailant could not be seen. When the Companions of the Ansar narrated this incident to the Prophet (peace be upon him), the Prophet (peace be upon him) said, “You have spoken the truth.” It was the help of the third heaven (Muslim second volume).

In the battle of Badr, an Ansar Companion arrested Hazrat Abbas and brought him back. Hazrat Abbas (RA) has not yet converted to Islam. He said, “By God, this man did not take me, prisoner.” I was arrested by a man with a shaved head.

The handsome man was sitting on a charming horse.

He is not seen now. The Companions of Ansar said, “O Messenger of Allah, I have taken him prisoner.” The Prophet (peace and blessings of Allaah be upon him) said: Shut up, Allaah has helped you with an honorable angel (Ar Rahiqul Makhtum, p. 255).

The status of the Badri Companions is so high that Allah the Exalted has said to them:

Do whatever you want, I have forgiven you. Similar Badri angels also have dignity. Hazrat Jibraeel A. The Prophet (peace and blessings of Allaah be upon him) asked: What do you think of the participants in the battle of Badr? In reply he said, I think the Badri Companions are the best among the Muslims. Gabriel A: He said that those among the angels who took part in the battle of Badr also have the same status (Bukhari).

The cursed Satan came to the edge of Badr in the form of the knife Ibn Malik. When he saw that the angels under the leadership of Hazrat Jibraeel (AS) started attacking him, Satan started running away. But Harith bin Hisham (may Allah be pleased with him) caught him thinking it was Chhoraka Ibn Malik. But Iblis punched Hazrat Haris in the chest and fled.

The mushriks began to say, knife, where are you going? Didn’t you say you would help us? Won’t you leave us? Satan in the guise of a knife said, ‘I can see something that you cannot see. I fear God. He is the Strict Punisher ‘(Anfal-47).

In the battle of Badr, the Prophet (peace be upon him) was praying to say, O Allah! You keep your promise. O great God, do you want it never to be worshiped after today? At one point, Hazrat Abu Bakr took his hand and said, O Messenger of Allah! That much prayer is enough for you. Then he came out of the hut and said that the party would soon be defeated and fled on the surface. – Facing the brother is a manifestation of the might of God Almighty.

Badri Sahabi fulfilled two conditions for being useful to Allah’s help. One is patience, the other is taqwa. The victory of Badr has been identified by Allah the Almighty as ‘Yaumul Furqan’, meaning the one who makes the difference between right and wrong. If the outcome of the battle of Badr had not been in favor of the Muslims on that day, the history of Islam might have taken a different turn. Although it may seem like a local war, in reality, it has led to a great revolution in the history of the world.

Professor Hitty said it was the first public victory of Islam. R.A. Nicholson said The Battle of Badar is not only the most celebrated Battle in the memory of Muslims it was really also of great historical importance.

The Battle of Badr is a landmark event in the history of Islam, the ultimate test of anti-Islamic and anti-God power and the moral, political and military victory of the Muslims.

In Hittite parlance – “No matter how insignificant, the Battle of Badr lays the groundwork for Muhammad’s worldly power.” The consequences of the Battle of Badr are far-reaching. The victory of the Battle of Badr is a source of inspiration for the Muslim Ummah and for the activists and fighters of the Islamic movement. It will undoubtedly provide encouragement and motivation till the Day of Resurrection.

In the words of the historian Nicholson, ‘The Battle of Badr, like the marathon struggle, is one of the most memorable struggles in the history of the world. It has forever controlled the fate of Islam in the Arab world, and even the whole world. ”

Even in the age of science and technology, if a people can fulfill the conditions of Al-Quran, success, victory, and honor will kiss their feet. May Allah Almighty grant us the Tawfiq to make the Qur’an victorious through the acquisition of faith, patience, and morality. 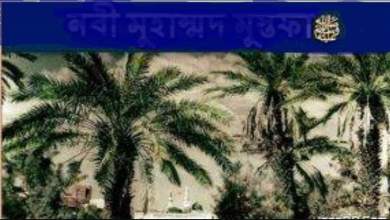 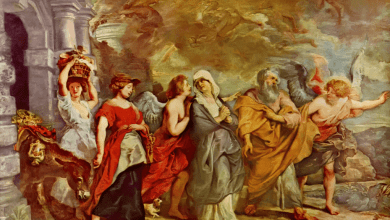 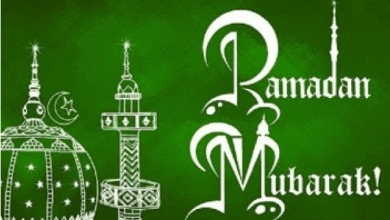 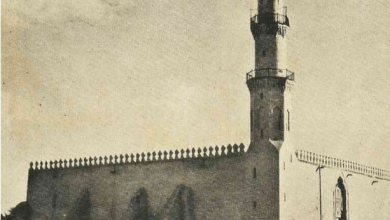 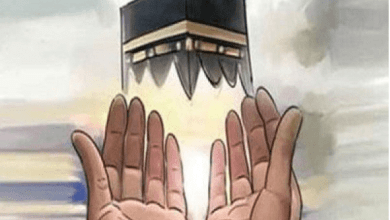 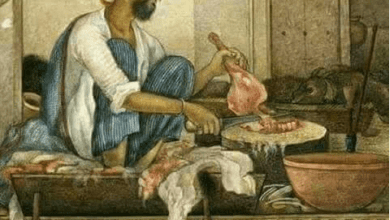 An excellent event in the time of Prophet Moses