The moon is approaching the earth. This approaching cosmic event is called Supermoon. I will have the good fortune to see this rare event soon. The moon will be closer to the earth in the next three full moons.

Astronomers say that this will make the full moon look a little bigger and brighter. The first one will be seen today, Sunday. The hype has already started by calling it ‘Supermoon’. Scientists also say that there are very few such instances of three consecutive full moons.

Today, Sunday is the full moon. At the same time, the moon will move closer to the earth in an elliptical orbit.

The moon will be near the earth on the full moon of January 2 and January 31. There is also a full moon eclipse on January 31. Can be seen from many parts of Bangladesh and India.

According to scientists, the moon orbits the earth in an elliptical (much like an egg) orbit. It takes an average of twenty-seven and a half days to rotate the earth once.

In these twenty-seven and a half days, the moon moves closer to the earth once and away once. When the distance decreases to the lowest, it is called the ‘perception’ position. And when they are farthest from each other, that position is called ‘Apbhu’.

The full moon can occur whenever the moon is in any position in orbit. But when the full moon occurs near the perceived location, it becomes ‘Supermoon’ in folklore.

Astronomers say there is no such thing as a “supermoon” in scientific terms. The full moon and the moon’s perceptual position two combine to form the ‘Supermoon’ campaign.

moon closer to the earth is called a supermoon 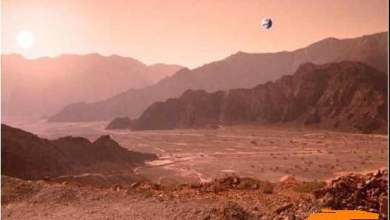