24 years ago today, Carl Sagan first saw that ghostly diamond-fixing light. But the mystery of that ghostly light could not be solved for so long. Did not know, did not understand, where is it coming out of the world?

From the sea? From the snow-capped peaks? Or is that diamond-shining light coming out of an unknown, unfamiliar source in the atmosphere far above the earth’s surface?

A few days ago, the secret of that ghostly light was discovered by the Deep Space Climate Observatory (Discover), a satellite sent by the National Oceanic and Atmospheric Administration (NOA) under NASA.

The satellite was launched into space in 2015. For just one year, he has watched the diamond come out of the earth with a ghostly light hundreds of times. Analyzing the images and data sent by the satellite, it is finally known that the very bright ice crystals floating in the clouds at a very high level of the atmosphere above the earth’s surface are reflected back to the light of the sun falling on it (reflection). Seeing him from space, it seems like an impossible kind of magician.

The study was published in the May 15 issue of the international science journal Geophysical Research Letters. 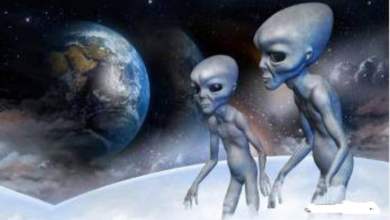