Deya Vu is the name of a masterpiece movie for many. I would like to draw everyone’s attention before expressing my own feelings.
What I will say now about Deya Bhu is a kind of analysis or my own expression.
Today I will talk about the inconsistencies of different parts of the movie and the last part. That is why all the movie lovers who have not seen the movie will be requested not to read the article.
Because then you will bind yourself to the net of the terrible spoiler. Déjà Vu Full Movie

deja vu which means to see again. deja vu is a system that will show you the past 4 days and 6 hours ago.
That means if you want to know who was engaged in what work at that time. You can see his whole condition.
The FBI member will use the new system to find the culprit of the bomb blast on a ferry.
Where to meet ATF agent Doug Carlyn who will shed light on the ferry accident just an hour before the murder of a girl named Clary. From there, the story begins to unravel.

And from then on, the plot hole with this movie started to catch my eye.

Let’s get started then-

1. During the post-mortem of the girl, the angle from which the picture was taken on the camera was not the same. I do not understand why?

2. Repeatedly looking at the past is a continuous process. There is no fixed view of any image or scene. Then in the next scene how the scene is fixed.
Take the video back? I don’t understand what he did.

3. The girl died and her funeral was held. Also, the person who was running the system said that the girl was dead and she could not be backed even if she wanted to.
Point to be noted… but after a while, he said again, how do you know the girl is alive?
Carolyn had not yet returned to save the girl so how did she know? I don’t understand.

4. Caroline dropped gloves on the girl’s home. So how did his handprint go all over the house? If he says because of the last scene, I’m fine, I’ll be right back here.

5. Someone in the present is observing what is happening in the past. How do they realize that? I couldn’t find the answer …… because if I said it might have happened then. So was anyone watching him in the past?

Now come to the ending. There is no proper explanation in the ending. I think I can only survive if I can finish with what I want. Carolyn went into the machine 4 days and 6 hours ago. The girl must be saved.
But he drowned himself. I mean, he broke the windshield and got the girl out. But could not get out on his own? It was seen again that Caroline is back in the last scene.
So did they stay in the past? So what is the current? Did the whole world go back 4 days and 6 hours? Because it’s not a loop that will happen again. Now think of the 4th point.

6. At the beginning of the movie, Halmakari is called the main culprit. How did the second brother in the wait become the main witness at the end of that attack? Who is to blame then?

Besides, there is a movie hall full of forgetfulness with lots of scenes, costume problems. Tension has engulfed the audience with excitement. That’s right, but there is no scientific editing or proper conclusion in such a scientific movie. While many may be happy, I am personally very disappointed. It’s all like the Tamil movie ’24’ made in South India. Such a movie is not a masterpiece or a must-watch for me at all.
Deya Vu is early on in terms of construction, technology, and technique, but the story and poor interpretation have made the movie a waste. My rating is 2/5. 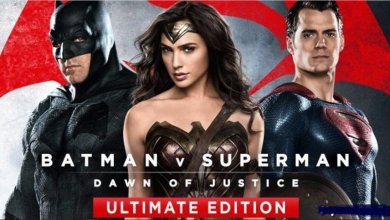